A bit of history regarding Romanian tourism

A bit of history regarding Romanian tourism 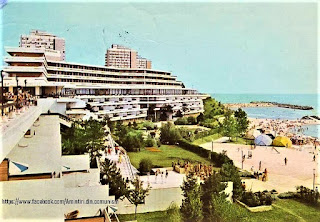 On February 29, 1936, the state tourist organization “Oficiul National de Turism Carpati” (Carpathian National Tourist Office) was established. Romanian geographer and biologist, Emil Racoviţă's idea of establishing a state institution in the field of tourism materialized in 1926 when the National Tourism Office (O.N.T.) was founded. But it was not until January 4, 1936, that the O.N.T. it became an organization with a well-defined status.

In Prague, towards the end of February 1936, the representatives of the tourist offices of Romania, Czechoslovakia and Yugoslavia, laid the foundations of the "Little Tourist Agreement" [1]

Also, in 1936, the “Balkan Understanding’ created the Standing Committee on Tourism, "as a propaganda body intended to prospect and stimulate tourism exchanges in the Balkan region."

On April 15, 1938, Romania, Greece, Yugoslavia and Turkey signed a Tourism Agreement in Istanbul, "by which they granted each other facilities for the promotion of tourism among themselves."

The change of the Romanian regime led to the dissolution of the tourist associations during the monarchy, following the decision of the Council of Ministers of June 11, 1948, and their patrimony came under the subordination of the National Tourism Office, according to the National Archives website. The name of this company became established during the communist regime, which re-established ONT Carpathians (National Tourism Office) in November 1964, by Decision of the Council of Ministers no. 908. According to that, the Carpathian NTB was an 'economic organization of general interest' under the guidance and control of the Ministry of Foreign Trade.

The free time of the workers - as an instrument of “socialist education” in Romania - represented, since the 1950s, a project of interest in order to consolidate the communist power. Pleasure tourism, or initiation in the beauties of the homeland, was supported, during 1950-1960, by various facilities made available to workers, determining the emergence of “mass tourism” and “modern tourist” in the Romanian space.[2]

Within the Ministry of Tourism, appears the Enterprise "Publiturism", specialized in propaganda and tourist advertising, which publishes and prints almanacs, diaries, albums, calendars, posters, brochures, leaflets, etc. The Publishing House for Tourism also operated on the same segment, having as main task the editing of the magazine "Romania pitoreasca/Welcoming you to Romania".

In order to increase the attractiveness of the seaside and mountain areas, as well as to extend the "season" outside the peak periods, during 1968-1969, the "Golden Stag" Festival was organized in Brașov - held in February - and the Festival of light music "Mamaia", which took place in late August. 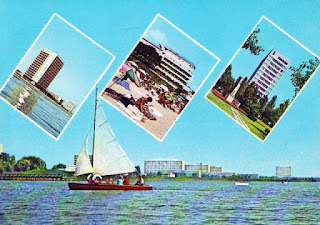 For the entertainment and information of the tourists, the famous "Radio Vacanţa"(radio Holiday) was set up, which transmitted, during the summer, in four languages: Romanian, French, English, Russian. The achievement of these objectives was also possible due to the involvement of the Romanian Ministry of Culture and Broadcasting.

In 1968, through a decree signed by Ilie Verdeţ, B.T.T was also established - as a travel agency of the Communist Youth Union. The young people were sent to the mountains and the sea, by coach and train, accommodated and fed in hotels, villas and mountain huts.

The gradual increase in the number of foreign tourists arriving in Romania in the 1960’s forced the Romanian authorities in Bucharest to analyze more carefully the situation of hotel units throughout the country and the means of transport used by the "Carpati" National Tourist Office. A positive example for Romanian politicians came from a neighboring country: Yugoslavia. At the February 4, 1969 meeting of the Executive Committee of the CC of the PCR, Nicolae Ceausescu stated that the Yugoslavs “achieved  600 million dollars revenues from tourism. So far, they have made about $ 300 million in tourism and are proposing to reach $ 5-600 million from this field. Look, this is tourism! ”, Ceausescu had said.[3]

Three months later, Nicolae Ceausescu proposed, in addition to the agenda, that all members of the Executive Committee of the CC of the PCR approved “the initiation of negotiations to obtain bank loans with a longer repayment period”. The supreme leader of the PCR mentioned, at the meeting of May 13, 1939, the amount of 250-300 million dollars - which he wanted to obtain from abroad, in terms of tourism. This was almost equal to the $ 300 million obtained in 1968 by Yugoslavs from international tourism activities, which they developed in the 1960s.

To give us an idea of ​​the amounts obtained at that time, an example from August 1967 can be used. Then, the National Tourist Office announced, through its office in Paris (located on rue Daunou in the 8th arrondissement), the prices which the Romanian authorities 'had established for Western tourists who wanted to spend two or three weeks on the Romanian Black Sea coast, in a regime of full pension and transport provided from Paris to the hotels in Mamaia and Eforie Nord and back, so:

The value in Romanian currency, "lei" of the respective amounts can be calculated with the help of the parity of the two currencies, established by the Romanian authorities on January 1, 1960 (1.2153 lei for a French franc), to which we add the 200% premium, introduced in 1964 for tourists. foreigners who exchanged freely convertible currencies into lei (total: 3.6459 lei for one franc).

Starting from these calculation elements, we can get an overview of the value of the prices set by the National Tourism Office for foreign citizens who wanted to visit the Romanian Black Sea coast in the summer and autumn of 1967: 3226.62 lei (885 francs) and 2789.11 lei (765 francs) for a stay in Mamaia resort, respectively 4010.49 lei (1100 francs) and 3609.44 lei (990 francs) for a vacation spent in Eforie Nord. It should also be added the fact that those prices included the transport of tourists - from Paris to the hotels in Mamaia and Eforie Nord and back.

It can be noticed that, in the middle of the '60s, the accommodation possibilities of tourists in Romania were reduced. Therefore, Nicolae Ceausescu approved in 1966 the Romanian Ministry of Tourism possibility to discuss with various foreign investors, interested in the tourist projects imagined in Bucharest. As a result, a delegation led by Vasile Răuţă addressed that subject during an official visit to Israel (March 19-29, 1967). The Deputy Foreign Minister received the following response on that occasion: “The Israeli delegation has shown that it is not ready to participate in cooperation at the moment by building hotels with the payment of foreign exchange earnings from their operation. However, they showed interest in a cooperation in the field of tourism by promoting tourist exchanges between the two countries, as well as for directing groups of tourists visiting Israel to Romania. In order to support such actions, the Israeli side proposed that the competent authorities in Romania consider the possibility of concluding an agreement on the establishment of direct flights between the two countries. For this purpose, a representative of the Israeli Airline expressed his willingness to come to Bucharest during April of that year.

After returning to the country, Vasile Răuţă proposed on April 3, 1967, and the politicians in Bucharest approved the next day that the representatives of the National Tourism Office, together with those of the Ministry of Air and Naval Transport, discussed with the Israeli side about tourism cooperation. and on the possibility of concluding an "Agreement on the creation of a Bucharest - Tel-Aviv direct air line".

As a result, on December 19, 1967, a Romanian-Israeli air agreement was concluded in Tel Aviv. According to that act, the "El-Al" company had the opportunity to use the following air route: "Tel Aviv, via intermediate points, to Bucharest and Constanta and further to Europe and the Americas, in both directions."

The Israeli proposal of March 1967 can be understood in the context in which, in 1965, the works of transformation into a civilian objective of the Otopeni military airport had begun. Its general draft situation was elaborated by the French company "Aéroport de Paris", after the prior issuance of the Order of the Council of Ministers no. 105/1965. The provisions of that project were in accordance with the rules established by the International Civil Aviation Organization regarding air transport and flight security facilities, and the communist authorities in Bucharest had to apply them precisely because Romania became a member of that organization in 1965.

In parallel, the Romanian Ministry of Transport and Telecommunications had been working since 1965 on the overall project for the first stage of development of the Bucharest-Otopeni International Airport, based on the technical-economic study prepared in the previous year.

The Israeli authorities were interested in March 1967 for their own airline "El-Al" to use Otopeni Airport since 1970 because, at the beginning of its entry into operation, the Romanian authorities had to charge lower operating fees at the airport. and traffic in the country's airspace. In this way, customers could be attracted and the expenses incurred during 1965-1970 for the civil arrangement of the airport were thus covered within the established term.

The involvement of the architects Cezar Lăzărescu, G. Cristea and D. Gheorghiu in the design and construction of the airport, during 1968-1970, allowed Otopeni Airport to comply with the standards of operational safety, economic efficiency and comfort of that period. Unfortunately, the delays registered in the first stage of its arrangement were not recovered and determined the postponement until April 8, 1970 of its official inauguration by Nicolae Ceauşescu, Ion Gheorghe Maurer and Emil Bodnăraş. [4]

For the development of international tourism, during the '70s, the Socialist Republic of Romania developed a series of collaboration agreements with the countries of the socialist bloc, but also with other countries, both in Europe and outside this space. Among these let me mention:

·       Convention between the Government of the Socialist Republic of Romania and the Government of the Federal Socialist Republic of Yugoslavia, concluded in Bucharest on July 21, 1969, from "the desire to provide the peoples of the two countries the best conditions to know the achievements of socialist construction, historical, cultural and natural monuments in the two countries "

·       Agreement on mutual cooperation in the field of tourism in the Balkan region, concluded on 13 May 1971 in Bucharest. on the occasion of the Fourth Conference of Official Tourism Bodies of the Balkan Countries, which brought together representatives of the Governments of the People's Republic of Bulgaria, Greece, the Socialist Republic of Romania, the Republic of Turkey and the Socialist Federal Republic of Yugoslavia. between them and attracting tourists from third countries ", stating that" the government of any Balkan state which has not signed this Agreement will be able to accede to it 30 days after the entry into force of the Agreement ".

·       June 16, 1972, the Treaty of Cooperation in the Field of Tourism with the Union of Soviet Socialist Republics (a continuation of the Treaty of Friendship, Cooperation and Mutual Assistance signed on July 7, 1970), tourism being one of the factors deepening friendships and better knowledge of life the peoples of the two states "

·       12 July 1972, Convention concerning Cooperation in the Field of Tourism with the German Democratic Republic, registered at the Secretariat of the United Nations, in accordance with Article 102 of the Charter of the United Nations, (previously concluded on 12 May 1972, a Treaty of Friendship, Cooperation and mutual assistance between the two countries), to "further develop and strengthen brotherly friendships."

·       The agreement concluded with the People's Republic of Poland, in Bucharest on October 20, 1972, in order "to continuously strengthen the friendship and collaboration between the Romanian and Polish people and to contribute to creating the best conditions for knowing the achievements of socialist construction, historical and cultural monuments. and natural from the two countries”. For the first time, this Agreement, unlike those mentioned above, was also meant to "encourage and facilitate the development of unorganized individual tourism".