The Ten Point Programme for Reunification of the Country is a plan written by Kim Il-sung on April 6, 1993 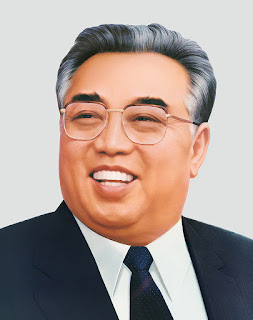 The Ten Point Programme for Reunification of the Country is a plan written by Kim Il Sung on April 6, 1993

1. A unified state, independent, peaceful and neutral, should be founded through the great unity of the whole nation.

The north and the south should found a pan-national unified state which can represent all parties, groupings and all the members of the nation from all walks of life, while leaving the existing two systems and two governments as they are. The pan-national unified state should be a federal state in which the two regional governments of the north and the south are represented on an equal footing, and an independent, peaceful and nonaligned neutral state which does not lean to any great power.

2. Unity should be based on patriotism and the spirit of national independence.

All the members of the nation should link their individual destinies with destiny of the nation, warmly love the nation and unite with one will to defend the independence of the nation as its life and soul. With the dignity and pride of our nation, they should reject flunkeyism and national nihilism that erode the nation's consciousness of independence.

3. Unity should be achieved on the principle of promotion coexistence, coprosperity and common interests and subordinating everything to the cause of national reunification.

The north and the south should recognize and respect the existence of different ideas and ideologies and systems, and enjoy progress and prosperity together, neither side encroaching upon the other. They should promote the interests of the whole nation before regional and class interests and direct all efforts to the accomplishment of the cause of national reunification.

4. All manner of political disputes that foment division and confrontation between the fellow countrymen should be stopped and unity be achieved.

The north and the south should refrain from seeking or fomenting confrontation, cease all manner of political disputes and stop hurling abuses and slanders at each other. They, the same fellow countrymen, should not be hostile to each other but jointly counter foreign aggression and interference by the united efforts of the nation.

5. They should dispel fears of invasion from the south and from the north, prevail-over-communism and communization altogether and believe in and unite with each other.

The north and the south should not threaten and invade the other. Neither side should try to force its system on the other and to absorb the other.

6. They should set store by democracy and join hands on the road to national reunification, not rejecting each other for the difference in isms and principles.

They should ensure freedom of debate on and activity for reunification and not suppress, make reprisals on, persecute and punish political opponents. They should not charge anyone with pro-north or pro-south tendencies but release and reinstate all the political prisoners so that they may contribute together to the cause of national reunification.

7. They should protect material and spiritual wealth of individual persons and organizations and encourage them to be used favorably for the promotion of great national unity.

Not only before the reunification but after it they should recognize the state ownership, cooperative ownership and private ownership and protect the capital and property of individual persons and organizations and common interests with foreign capital. They should recognize social honor and qualification of individuals in all domains including science, education, literature, art, speech, the press, health service and sports, and continue to ensure the benefits granted to persons of meritorious services.

8. The whole nation should understand, trust and unite with one another through contacts, travels and dialogues.

All the obstacles to contacts and travels should be removed and the door be flung open for travels to all without discrimination.

All the parties, groupings and people of all social standings should be given equal opportunities for dialogue and bilateral and multilateral dialogues be developed.

9. The whole nation in the north and the south and overseas should strengthen solidarity with one another on the way to national reunification.

10. Those who have contributed to the great unity of the nation and to the cause of national reunification should be highly estimated.

Special favors should be granted to those who have performed feats for the great unity of the nation and the reunification of the country, patriotic martyrs and their descendants. If those who had turned their back on the nation in the past return to the road of patriotism, remorseful of their past, they should be treated leniently and be assessed fairly according to their contributions to the cause of national reunification.