Pyongyang, September 11 (KCNA) -- The Romanian paper Romania Muncitoare on September 5 carried an article on the 68th founding anniversary of the DPRK.
The article said that President Kim Il Sung, the great leader of the Korean people, led the 20 year-long anti-Japanese revolutionary struggle to liberate the country on August 15, 1945 and built an independent, democratic and sovereign state in Korea.
He set forth the line of building a reunified democratic sovereign state and made sure that the general election across Korea was held, the article noted.
His line was fully supported and approved by all the Korean people, it pointed out.
He proclaimed before the world the founding of the DPRK representing the interests of the Korean people on September 9, 1948, it said, adding:
Korea, the land of morning calm, is making rapid progress thanks to HE Kim Jong Un, the supreme leader of the Korean people who is successfully carrying forward the feats President 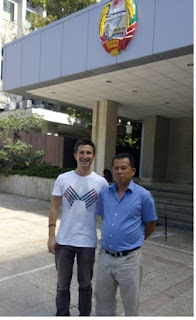 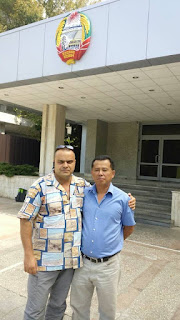